For the past few months, we have been talking about a Google tablet that is in the work, and the partner for this year Google device is HTC. Now, we do not know what will this be called, is it the Nexus or Android Silver? We do not know, but for now, we know the device goes with the codename Volantis, and it supposedly, a very odd device. We have seen specs about this tablet leaked before, with a display taking a 4:3 aspect ratio, or 64-bit NVIDIA processor instead of Qualcomm’s Snapdragon. Today, we have seen some new information about what @evleaks think what will be included in this year’s model of Google’s tablet.

According to the king of leaks, the 8.9-inch tablet from HTC is under testing with a 1680×1050 resolution display, but the final product that ship out will have the resolution of 2560×1600, that is a ratio of 16:10 widescreen panel, and not 4:3 like previous leaks. The tablet will also be featured a 8MP rear-facing camera, 5MP front-facing, as well as 64GB built-in storage. The reports from @evleaks confirm that this tablet will indeed be running a 64-bit NVIDIA Tegra, however, the Snapdragon 810 is being tested too according to the sources. The big surprise here is instead of 2 or 3 GB of RAM, the Volantis could get something absurd like 5GB of RAM. The source clarifies that there isn’t a final decision yet, but HTC is evaluating the possibility.

To back this up, @evleaks provides what suppose to be a macro shot of the tablet’s “silver aluminum unibody.” It’s hard to say what do we suppose to recognize in this picture, but the arrows point to the word “Floudner” and Android Silver are the high-test rumor fuel. 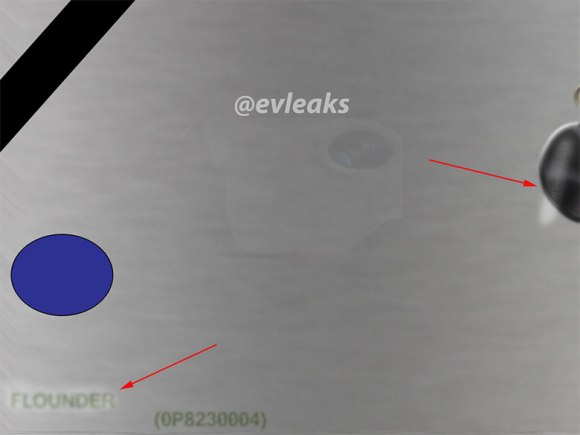