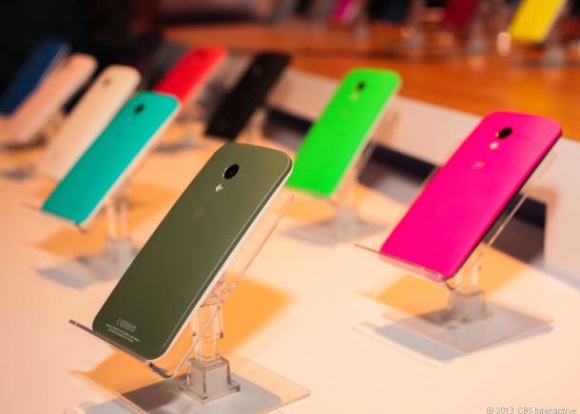 Although Motorola should be busy with its most anticipated wearable, the 360, it still finds some time to make more devices beside the Moto X+1 it seems. Today, in the courtesy of TK Tech News, we have a look on a very new device. I’m not talking about X+1 new, I’m talking about “not knowing what it is” new. TK Tech News report on this and promises to bring more details on it in the next 48 hours to tell us more about this device.

If you don’t remember, TK Tech News is the source who provided us with the X+1 hand-on video on his very own YouTube channel, but this time, he does not sure what it is. From what we know so far, the possibility that this is the X+1 is not big, why? This phone is big, larger than the Nexus 5 for a comparison. Also, the phone has what seems to be a full HD OLED display. So, what is on this phone exactly? Well, it is on Verizon, so this can possibly be the next Droid model that will be released later this year; the source has mentioned three Droids to be launched in the fall this year, but we do not have enough information to confirm this is one of the three.

Also worth noticing, the handset is currently running the stock version of Android, we do not know if this is the full version or not, but this clear a thing up, this will be released near or after Android L launched. As I said, he promised more details in 48 hours, so let’s wait and see.

One reply on “Mystery Motorola device on video, what it is?”

[…] touch on each of their products. Well, they want to do this once again. Yesterday, I reported a new Motorola device, deliver through the awesome TK Tech News. He promised that 48 hours or less, he will get more details about the phone, and he is quite […]