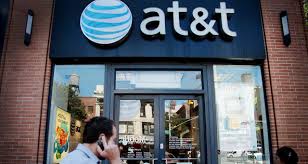 While globally, Lumia Cyan and Windows Phone 8.1 are rolling out, in the States, because of carrier, we are just waiting with hope that carriers testing our update would be their priority. Well, Our pray might just pay off. It is just rumors, but AT&T Community Manager for the AT&T Help forums tells the customer questions on Windows Phone 8.1 on their  AT&T help forums.

In the forums, an AT&T Community Manager answers their customer’s question about an ETA for Windows Phone 8.1 updates, and the answer from this rep was:

Microsoft Windows 8.1 will be available from AT&T on certain devices as early as this week! Thanks for your patience”

Now, the update has only been released last week, and although there are some problems with those who is running Preview and have BitLocker enabled, most of the update for Lumia 625 and 925 has gone without a problem. Also, Lumia 520 from Orange, France as well as the Lumia 1520 from Finland and India is receiving the update.

Now, US carriers never have a good reputation on updating, but so far, AT&T has been the fastest in releasing WIndows Phone update, beating Verizon and T-mobile in the Lumia Amber and Black Updates. So, the trend is continuing with the Lumia Cyan and Windows Phone 8.1 might comes out this week, but the question is, which device(s) goes first? AT&T by far has the largest Lumia collection, includes Lumia 520, 820, 920, 925, 1020 and 1520, as well as HTC 8X and ATIV S Neo. Now, since Samsung and HTC have been quiet about the update, the remains Lumia will more likely to the AT&T’s priority to update.

To make sure, keep checking update daily by go to Setting–>Phone Update–>Check for Update.

One reply on “Windows Phone 8.1 and Lumia Cyan Update might come out this week for AT&T devices”

[…] I have reported on a post from AT&T Forums about its plan on distributing Lumia Cyan and Windows Phone 8.1 update. Well, indeed, that those who are AT&T customers and own the Lumia 1520 will be getting the […]