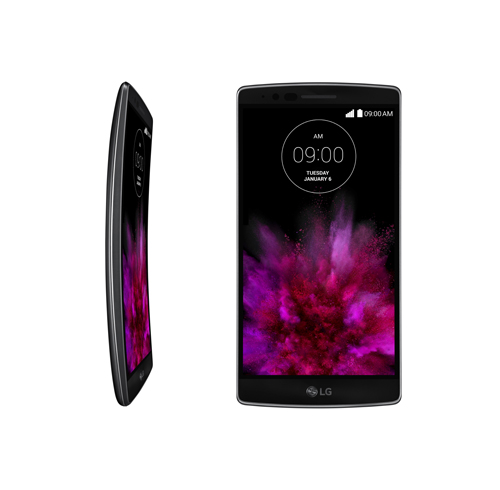 Like we don’t already know, the LG G Flex’s sequel has come after some quite some time. But late is better than never, the runner for Revolution phone of the year is indeed the LG G Flex 2. The phone is the power hound and the best curved-display technology can offer, what a way to start 2015, right?

Starting with design, the LG G Flex 2 features a curve design similar to the original Flex, with some considered reduction. With a more ergonomic design, the device is now “sleeker” and “more stylish” than the first generation. While this is only the first day, this might just be the best thing the conference can offer so far.

Specification wise, the phone features a 5.5-inch Full HD curved display (a reduction from 6-inch). Underneath we have a Qualcomm Snapdragon 810 SoC, supported by 2GB (or 3GB depend on markets) of RAM. Next is the built-in storage with the maximum capacity of 32GB, but expandable up to 2TB via a Micro SD slot. On top is Android 5.0 Lollipop with LG skin to accompany with. New and improved software features are added, including Gesture Shot, Gesture View and Glance View (similar to Glance mode in Lumias).

The phone is set to launch next month, starting with the South Korea market, followed by other countries. US release is a possibility as both Sprint and AT&T both have expressed their interest in the device.