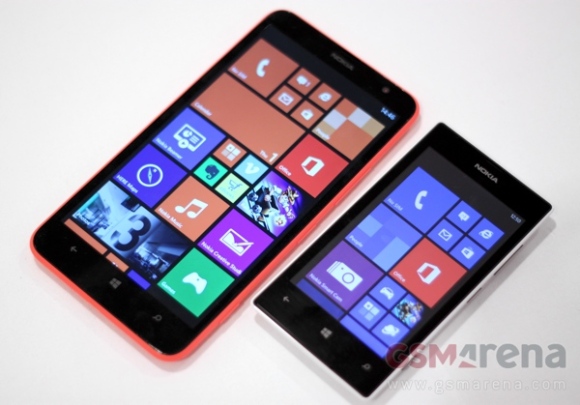 Okay folks, I know it has been awhile (almost a week) since the Lumia Cyan was officially announced, but hey, I promise to alert you as soon as possible so here it is. While over the past few days, it seems like the Lumia 625 and 925 were the only one getting updates globally, today, I spotted (or WP Central spotted) two more devices that are getting the Cyan Update.

Officially, the Lumia 520 devices that are provided/carried by the France carrier’s Orange is getting the update today, as the Nokia tracking page inform us the status for this device has changed from “Under Testing” to “Available” for the Lumia Cyan update which includes Windows Phone 8.1. Expect more devices from Orange to also receive the update in the next few days.

Also, unofficially, Lumia 1520 devices in Finland and India are also getting the Cyan update, even know the tracking page for both of these countries are on “Under testing.” This is not a hoax, many users has reported to the source that they got the Cyan update, so those who are living in these areas, take your 1520, go to Setting-> Phone Update-> Check for Update and see for yourself, and comment below if you already have a chance to play with the new version of the OS.