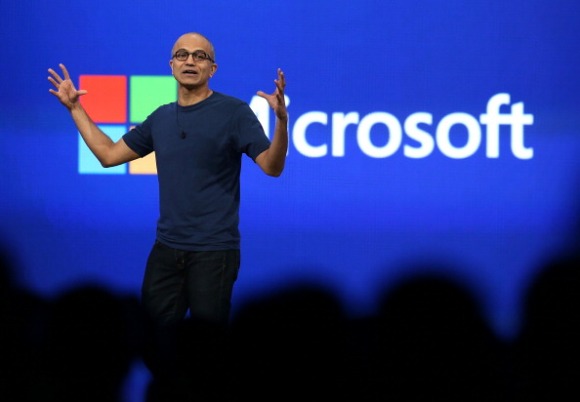 As IFA is officially underway today, Microsoft and Nokia are here to follow the trend, and most of all, not to be a jerk like someone, and have their own party at home of the brave while most of us are in Berlin (cough… Motorola cough). So, after weeks of intensive leaks, rumors, and fairy tales, Microsoft are here, with Nokia to introduce to us the Lumia 730, 735 and 830, as well as some new accessory and software update that would make the Lumia line stand out from the rest of the package.

Starting with smartphones, first and foremost, we got to see the new Nokia Lumia 830 by Microsoft. Position as an “affordable flagship”, it certainly proves with its 330 Euro price tag. However, the specification tells a different story. Under the 5-inch 720 IPS ClearBlack display, we got a 1.2GHz Quad-Core Qualcomm Snapdragon 400, 16GB of internal storage (expandable up to 128GB). We also got a 10MP PureView main camera with optical image stabilization, and 1MP front-face; operates it is Windows Phone 8.1 with Denim Update. Even with that specification, Microsoft was confident enough that today, the company claims that the handset is better than both the Galaxy S5 and iPhone 5s. The phone is powered by a 2200 mAh removable battery.

feature is a 5MP front-facing shooter. Beside that, this is just another mid-ranger, displays its contents on a 4.7-inch OLED 720p display, runs on a 1.2 GHz quad-core Snapdragon 400 processors. The main camera is a 6.7MP AF with LED flash. The phone operates on Windows Phone 8.1 with Lumia Denim Updates. All of that are powered by a 2220 mAh battery with Wireless charging compatibility.

Also, if you haven’t already noticed the appearance of the Lumia Denim update. This is what makes Lumia line different from other offerings. Of course, the main firmware here is the Update 1 for Windows Phone 8.1. What’s important here is that the Denim update brings exclusive features to just Lumia phones. First off, a whole lot of Nokia app will now be updated to Lumia apps, like Nokia Camera to Lumia Camera, with a lot of enhancement. We also got a new voice activation for Cortana, with the phrase “Hey Cortana”, the phone will launch Cortana “when the phone is idle.” Glance Screen will also get updates in, which will now allow you show more contents like Bing Weather as a new features beside the usual date, notification and application. The updates will be pre-installed in the Lumia 830 and 730/735, and will be available for other Windows Phone 8.1 phones in the fourth quarter of the year.

One reply on “#MoreLumia event packed with more than just smartphones”

Magnificent items from you, man. I have be mindful your stuff previous
to and you’re simply extremely fantastic. I actually like what you’ve acquired here, certainly like what you’re stating and
the way in which by which you assert it. You make it entertaining and you still take care
of to keep it smart. I cant wait to read much more from you.
That is actually a wonderful web site.