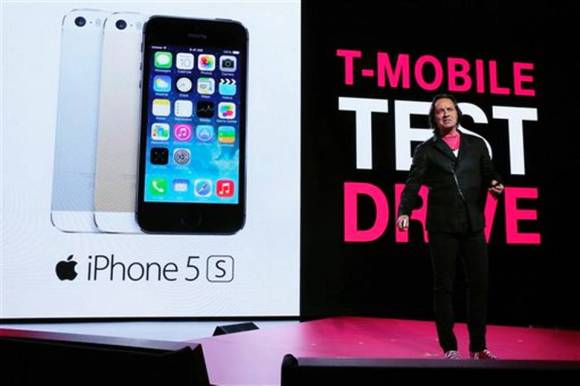 In the US, carriers’ competition is quite competitive, yet uneven. On one hand, we got Verizon and AT&T that are so far ahead that no one even bother. On the other hand, there is a lower competition between smaller guys that is relatively more even. Well, that competition, right now is between Sprint-who are struggling-and T-Mobile-blooming at the highest rate. And the third place spot is for grap, or were, as Jon Legere claims that T-Mobile has, technically, passed Sprint to become the third largest carrier in the United States.

Now, according to Legere, Sprint is sustaining its 55 million users for awhile (lost 3.3 million post pay users). However, T-mobile, merging with MetroPCS and raised their customer base from 33 million to 42 million users. It has also has added 13 million new users, which make a total of, you guessed it, 55 million users. Here it where it got a bit tricky, the number is technically equal, but they are not. With MVNO customers, usually between 60-90 days, if an account is inactive, carriers would turn it off, and that is not the case with Sprint. It has a 6 month period before it closes those accounts. The Sprint filling, as T-Mobile’s CEO claims, to have 1.7 million users that are inactive (in more than 6 months) in revenue for Sprint  at the end of 2014.

John Legere also declares that if he doesn’t bring that up, at the rate that T-Mobile is currently growing, by the end of next quarter, “the math will be easy enough to figure out in 140 characters.”