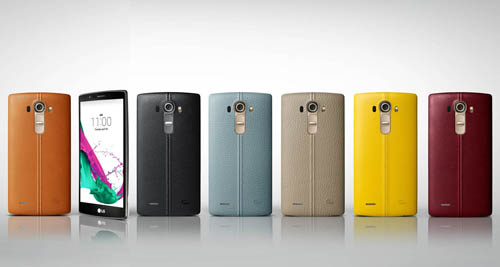 Unlike other smartphone manufacturers, LG has made it clear that it wants the public to know what it is up to. After constant teasers, combine with leaks from other sources, we can finally put an end to this. Say hello to the newest addition of LG’s flagship portfolio for Android, the LG G4.

The latest iteration of the G line, this year enhances all the well known features of the G3 from last year. Let’s dive right into it. Starting with the camera, as the company teased for weeks, the G4 sports an f 1.8 aperture lens, ranged at 16 megapixels. Accompanied with it is the latest OIS technology, dubbed OIS 2.0, which allow better shooting angle (at 2 degrees) and better low light performance. Turn to the front, we got an 8MP shooter for an ultimate selfie experience.

In the design department, the phone features what’s called the Slim Arc design language. This is a slight curvature that spread across the whole device. LG claims that this curve would “offers 20 percent better durability than a flat smartphone in face-down drops.” For a more personalize experience, LG is also including a bevy of backdoor option (yes, it is a removable back cover), including seven different color options in leather. Three other plastic backdoor options are also available.

Run through the rest of the spec sheet, we see a few surprises. Unlike the other big OEMs, LG’s

flagship this year features the Qualcomm Snapdragon 808 instead of the 810. Internally, the phone has the storage capacity of 32GB (expandable via Micro SD slot), with 3GB of memory. Lastly, the phone is powered by a “long-lasting” removable 3,000 mAh battery. The company promises that the phone would have no trouble getting through a full day of usage.

Officially, the phone will be launching in Korea by tomorrow. As for the availability in the US, both T-Mobile and Sprint have confirmed their intention of putting the smartphone on their store shelves.