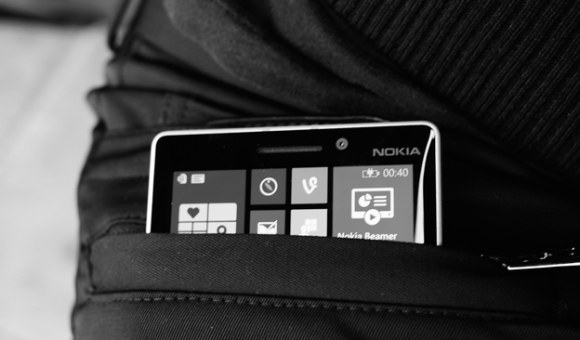 With the pace of technology today, combine fashion and technology is the newest thing. We’ve seen wearable devices like the Galaxy gear and Google Glass. But combine with clothes is somewhat new, and also exactly what Nokia did. With it believes in hip and fashionable products, like the time when they used bunch of Lumia 1520 to create a skirt. Today, Nokia partnered up with A. Sauvage to create the worldfirst Qi Charging trouser… A “smart trouser,” if you will.

Known for creating under-stated luxury with a no-nonsense approach to contemporary tailoring, A. Sauvage’s collaboration focuses on the ‘Modern Man’ of 2014, making it the perfect collection for wearable technology.”

The designer A.Sauvage integrated a normal pair of pants with the hardware part of the Nokia DC-50 wireless charger plate, ready to be used with any Qi compatible phone. And this is not a joke. Unlike the skirt mentioned above, this thing is actually going up for sale. According to Nokia (or Microsoft Mobile), this piece of “wearable” will be available for pre-order soon on Amazon…

Now, your question probably is where does the energy comes from? Well, the charger itself is a wireless package, with a 2400mAH battery built in. A lot of people would agree that it seems a bit baffling to actually charge your pants, but still a neat trick. It seems like Nokia and Microsoft are really committed to Qi charging technology beside putting a wireless charger in your phone box.