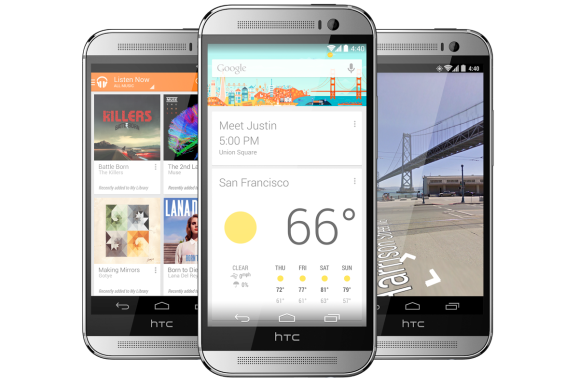 For the last few weeks, we’ve seen Google Play Edition and Nexus handsets got the newest update available, the 4.4.4 updates. After the launch of Android L preview version, it was positive that the Google Play Edition devices would be the first to get their hands on this update. Well, today, we have a confirmation for the One M8 Google Play Edition Android L update from the HTC’s Senior Global Online Communications Manager Jeff Gordon.

The biggest features, “Material Design” from Android L is quite similar to Sense 6 software, which I think will make it easier for HTC to adopt this version. Also, since the Google Play devices of the M8 do not sport Sense 6, it is a good news that we see that HTC is the first to confirm the update for their own devices.

The rumors also have been going around, and say that the HTC One M7 and 8 stocks (Sense version) will get the updates around 90 days after HTC have the code. Other Google Play editions are expected to get the updates soon after the Nexus, too.

hi i really like your blog and i was wondering if you like to be with us on worldinfomag.com we get about 600 visit daily and we still growing i am the admin of the site and if you like to be an author there just write me back you can promote any thing you want including your blog ,we just like the quality of your articles in our magazine. thank you for your time

Really? I am actually consider that, can you tell me more about your website and how it works?

@Ronaldminho, shoot me a direct message on Twitter, we could exchange contact info and talk more about this