Now, what do I mean when I say “a thing”? Well, I mean a thing like smartphone is a thing. A thing that’s become nessecary to have in your life, or be able to look it up on dictionary.com (and yes, with that definition, I don’t think that smart TV is a thing, yet). The thing that actually makes your life different if you own it, that is what I mean when I say a thing. So, here for another weekend (or week-beginning) debate: Will smartwatches become an actual “thing” in your life? And if not, how can it be?

Now, I’m going to tell you what other tech-reviewer and tech-journalist have told you, “you need to use it to know why it is useful.” I mean, think about it, you do not have to pull out your phone to see notification, or do a quick search or see the weather. I mean, in the case with phablet, this becomes more useful, as with a bigger phone, it is quite inconvenient to keep taking it out of your pocket every time you need to do little things. What about while you are driving, now arguably, you should not do ANYTHING while you are driving, but with a quick glance, you can know that if it is important to pull over and respond to the notification, or keep driving. I can go on all day about how smartwatch can definitely make your life better, but I won’t. The main point is that until you experience it, you won’t know that you need it. 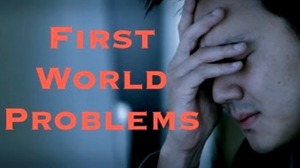 “Big deal, you have to take your smartphone out of your pocket, #FirstWorldProblems.” And you know what, in some aspect, you are right. Why should anyone pay for something that worth $100+ to save a few second? That will always be the go-to argument for smartwatch haters, and again, it is a valid argument. You can literally pull out your phone to do just that. This also leads to a bigger worry that, well, technology is making us lazy to the littlest thing, and again, it is a valid point, the line between “makes your life better” to “makes you become lazy” is quite blurry. So the mission becomes how can you find the balance in between the two extremes? Well, one that I can think of is just self control, right?

The other thing is that people want smartwatch to be more than a secondary screen to your phone, which is right and wrong at the same time. I mean, heart rate monitor, google search, see the weather and shows your notification is all great, but is that it? NO, people can definitely do more, starting with design-which Motorola will be the first one to solve that-because let’s be honest, square is not the most attractive shape. Also, what about some feature focus on the fact of it being an actual watch? It’s hard to say what can they do, but right now is obviously not enough to attract consumers, proven by the fact that the smartwatch sale has not passed a million mark even if you count all OEMs together.

To do that, let’s step back and ask ourselves a question: what is smartwatch (or smart watch)? You can say it is a thing that do whatever your phone can do, just on your wrist, and again, you are not wrong, but that is also the point of the whole controversy right there, again: $100+ for an accessory do what you buy a smartphone for. Now, don’t get me wrong, I do not support the idea that a smartwatch should be able to have cellular or things like that (because hello? Smartphone), but I wouldn’t object for it to be a stand-alone device instead of being an accessory, provided that it came out in the right way, and as I said above, smartwatch as of right now is already very useful at this stage. It is also not about re-inventing the wheel or anything like that, due to the fact that the concept of smartwatch is too new to be redesigned, it is about the OEMs introducing the product to the market.

What I’m saying here? Okay, so earlier, I said that people should experience smartwatch to know the true value, why not do that? I will say this, there are many, many way to this, and for some reason, OEMs had not thought of it yet. For example, right here in the US, we have the habit of buying a smartphone that subsidized by the carriers, why not use that as an advantage, give away the smartwatch when you buy a smartphone. Or better yet, just put the smartwatch in the box, lets the users experience what you, the OEMs set out to do. If you don’t want to lose the money that cost to make it, have a 30 day test-drive policy, if user like it, they can buy it, if not, they can return it. And while we are talking about money, this kind of accessories should not cost more than $100. I have said this many times (since one of my first editorial actually) that the market has for years, been making more than 100% of the cost to make the device, and as of right now, smartwatch is not in a position to play that game. The least they can do right now is to sale it at cost, or just around $10 of the cost, if OEMs want consumers to be slightly interesting in smartwatch.

So here is my question to you: Will smartwatches become an actual “thing” in your life? Or is it a thing like Bluetooth earpiece is a thing? Also, if not, how can it be? Free with the phone, sale at cost? Let’s light up the debate in the comment section below.