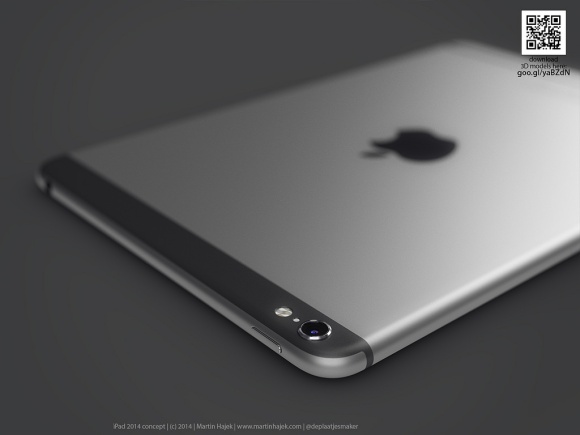 As we all know, Apple is holding another event this week, potentially revealing the new iPad Air alongside with some of the new Mac. But you know, curiosity always eats us up, so somehow, someone has to dig up some new iPad image right? Well, we got what appears to be images of dummy device and some real hardware as well, and from where I’m standing, it seems to be legit.

The source Apple Club TW release some image of what appeared to be some of the hardware components of the upcoming iPad, includes the bright A8X chip. We also got a home-alike button which appears to be sporting Touch ID. Next stop, we got some renders made by Martin Hajek, to predict what the new iPad would look like. As you can see, the new iPad (or iPads) is predicted to have the look of the iPhone 6/6Plus. This might just be the closest to what we will be getting on this Thursday.