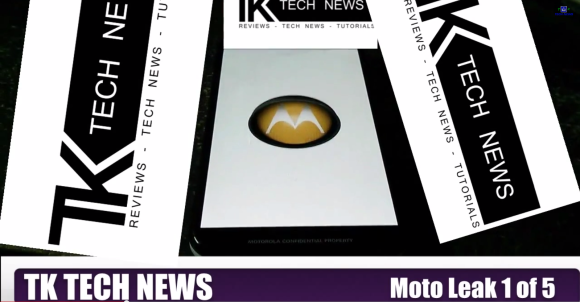 As the Moto X surprise us last year, we are all waiting for its predecessor and to see is the Moto X is a one hit wonder. Well, the next iteration of the Moto X supposedly will be named the “Moto X+1.” For a while now, we haven’t heard much about the phone, until today.

TK Tech News, known as @PrePaidNerds, apparently has possession of a Moto X+1, and has shown us the boot animation. It is a stream of animation, from a tangle yarn, a tomato, pancakes, and some of Google-esque things, all of them shows as a background for the Motorola’s logo, similar to the Moto G and the Moto E.

In the video, the phone is covered since it wasn’t intended to go public, according to the source, everything about the phone is covered with watermark. And bellow, the giant “MOTOROA CONFIDENTIAL PROPERTY” tells us that this can might very well be the real thing here. After all, the TK Tech News has delivered us the Galaxy S5 Active before. As you watch, the source says that this will be the first one out of five leaks that he will reveal to us soon.