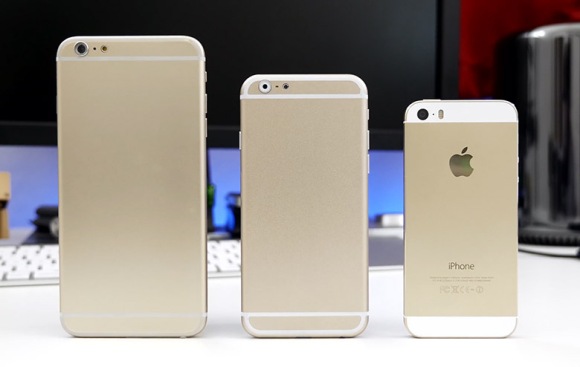 Thin and light are always two distinct characteristics of Apple’s iPhone. The 5S is surprisingly light weight and thin enough that it feels quite elegant in the hand. Well, with this iPhone, the company plans to make the iPhone as thin as the iPod touch. Although it’s a good intention, this obsession has finally gotten to them. With the thickness like that, the chain of production has reported that Apple might be facing a possibility of a production issue.

The desire to make a thinner phone might just be implausible for Apple at this point because of its displace. Make the phone thinner is equal to make a thinner screen and by just using one BEC (brightness enhancement film) for the backlit LCD display on the handset, the iPhone 6 has to depend on one file to do the work of two. By doing this, the phone could produce lower yields for the handset. The report also further explains that:

“The reason why a single BEF could cause yield issues is because the remaining layer needs to be better enough to get the job done by itself. As for the alleged yield problems, these reports suggest that some of Minebea’s backlight orders will be taken over by OMRON and Radiant.”

Before you get panic about not getting your light, thin phone, Apple has a habit of keeping tight control of the production line, so maybe Apple already knows something that we and the Asian sources don’t know about. Also, we’ve seen similar problems before with the iPad mini with Retina display, so let’s see what trick Apple got up its sleeve.