Google I/O is here after hours of waiting, and today we’ve been looking at the some of the newest things that will be available either right away (today) or later this year. Well, life is hard and busy, and who have time to watch hours of the conference and keynote, so here is all of the important things that Google announces today (Developer conference from 11 am and forward is not included here). There are a lot of things to get through, so let’s dive right in.

With influences from Motorola, the mentality of smartphones being accessible to everyone is now essential to Android. Today, the opening of Google I/O launches a program that designed to help manufactures to do just that. The Android One initiative creates hardware reference models to help manufactures from emerging markets like Micromax, “refer to when building their phones.” The phone will have the same “stock Android experiences” and receive updates like Nexus and Google Play Edition phones.
To activate, the program will start in the largest democracy on Earth, India, in the fall. One of the phone that is in the work right now is from Micromax, the phone is a 4.5-inch display, dual-SIM enable, SD card slot and Fm radio. The company says it will cost bellow $100. Some of other partners that are also working on the project are Carbon Mobile and Spice Mobile.
-Via The Verge (I missed this part of the keynote)

And finally, Google has released the newest version of Android, Android L (or 5.0? Google did not mention which version was L, or the what L stand for, Lolly Pop?). The update, redesign the OS, makes a more simplistic Design wise, Google brings “Material Design” to the OS, a unify design across Google’s platform. The update also includes new and rich animations response with the interaction of

the users. The SDK for this update allows developers to create many animations while the users interact with the apps, or screens.
New widget and 3D effects with 3D realtime with shadows float on top of the OS to enhance the users’ experience. Also, with notification, there are also some improvements. It has added “instance interactive” for notification. Now, from the lock screen, you can interact with notification from the lock screen. While we are on the topic of lock screen, the new notifications that implanted in the lock screen is designed similar to the notification center. The new enhancements for unlocking the screen, now if you are wearing a smartwatches, the screen will allow you to unlock the phone without the needs to unlock with the password, other people however, will need to if your phone is out of the watches’ radius.
The OS has also redesigned the multi-tasking on Android. The design is similar to tab-switching for Safari in iOS. , but with some new thing. Now, individual Chrome web-browser tasks will also be included in the multi-tasking. App index will now link to the result you choose to the app if it’s available on your phone.
Huge part of Android L is Performance. ART has been made to be the default runtime, replaces Dalvik. 64-bit architect, ARM, x86 and MIPS are all supported by ART in the new APIs. The company states that they have an optimized ART backend in order to boost performance. New garbage collector and memory allocator letting apps run smoother. The Android Extension pack is also here to improve graphic on your phone. By working with Qualcomm and NVIDIA, they demoed Unreal Engine 4 runs on NVIDIA-based tablet.
Project Volta is a new part too. Packed with Battery Historian, and it will let you know what battery discharge with what’s happening with a device at any moment in time. A new Job Scheduler API will allow developers schedule jobs, as the name suggests. Battery saver mode is also built-in right into Android L to improve battery life.
With over 5000 APIs available today, developers can start developing today. Just to remind, it is not a release, it is just a preview

Some of the things we already know is that

the Android wear from the demo video in March: support square and circular display, sensor support, Always on and shows relevant information, voice activation, quick SMS reply or dismiss phone call, Music control. Some of the new things that have announced today is syncing with your phone, set to undisturbed, and Apps on your phone will be automatically installed on your watch if there is one.
Also, some of new wearable launches today, the LG G Watch and the new Galaxy Gear Live will be available for ordering later today. Moto 360 will be “available later in the summer” according to Google. All of Android Wear devices for now will all be water-resistant. What was also released is the SDK, which will be available today.

Others reach out: Android Auto, Android TV and Chrome Cast

Android Auto is designed for automobile dashboard that is focused on Navigation, Communication and Music control and contextually aware. The OS also completely voice enables in all the apps that is in the dashboard, like music, navigation, and messaging. With the SDK available, developers can create messaging and audio apps to work with Android Auto. Android Auto has picked up 40 partners and will be available this year. 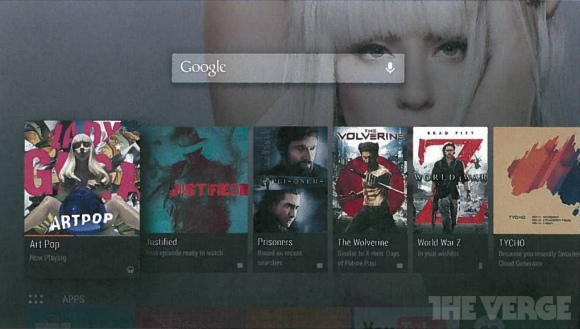 Android TV Android TV has 1 Android SDK for all Android forms-factors. When activate the Home float over the live playing content, and you can control it with your phone, as well as integrating with Google service. Android Games on your TV is also available as well as full cast support. The Chomecast also has some new updates. Google Cast Ready is introduced, allow other people to cast without sharing WiFi. Backdrop: create an image feed for the Ambian Feed, sync with search if you want to learn more about the backdrop. Cast screen: cast your phone screen on your television.

Automatically unlock chromebook if your phone is near notification, incoming call, text message sync between phone and chromebook. Apps from Android is available in Chromebook.
Other announcements:
-Unify experience, Cooperate and personal data can live on the same device, available on L
-Google side to mobile devices
-Quick office integrates with google doc
-Google Drive for Work is coming to enterprises
Source: Google I/O YouTube
Advertisement