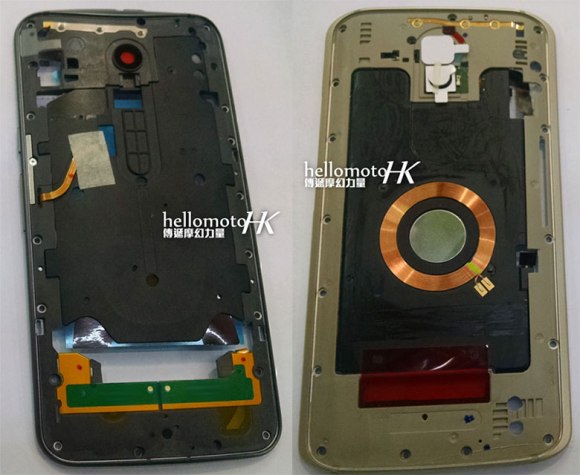 The season of Moto X rumors has come, and we are flooded with leaks and pictures of the device. So, it is inevitably that some of the rumors are false. Yesterday, we saw photos of the alleged Moto X 2015, appears to have a cut out for a fingerprint scanner. Today, we have rumors suggest otherwise.

The source claims that the previous pictures we saw (on the left) were of an older engineering prototype. The source provides images of what it claims to the latest design of the handset, and the cut out from the previous leak has disappeared. Apparently, Motorola is still playing around with the layout, and it is not clear what will the final product be, especially with new fingerprint support from Android M.

From the picture, we also see some unidentified component. It appears to be a wireless charting component, but you can never be sure. However, considering Motorola has succesfully included Qi charging in their Nexus 6, it’s not too far fetch to think that they would do the same for their latest flagship.