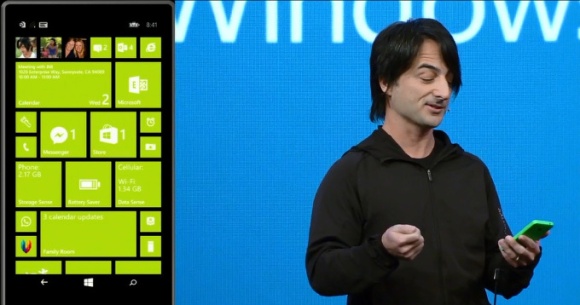 iOS 8 is out, and to be honest, it looks great, although it looks like a catch up game, but overall, it brings unique features of its own. Google I/O is also introduced the Android L preview, so what does all of this mean for the third largest OS in the world, Windows Phone 8?

Catching up once again

Well, its whole life, Windows Phone is always the runner-up in the OS race. In the beginning of April, after the introduction of Windows Phone 8.1, we (well, most of us) thought that the platform is finally catching up to its competitors, but one factor we all predicted is that iOS and Android will make substantial upgrade, and here we are, once again. With interactive notification from both side and a refresh overhaul, it is hard to say that Microsoft catch up game is enough.

Let’s take a look, iOS 8 fixes their problems with their notification, and allows users to respond faster, while Android let’s the users interact from the lock screen. In fairness, you can access Action Center from anywhere, but can’t interact anywhere. What about hand-free interaction, we’ve seen iOS 8 did with plugged-in device, and a lot of Android devices can access Google Now from the home screen via Voice command, and let’s not forget the Moto X with Voice-activation enables from well, everywhere on the phone. So yes, there are quite a lot of catching up to do, Microsoft.

What do Windows Phone have to do now? 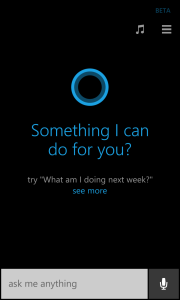 Well, let’s look at the shortcoming of Windows Phone 8.1, but there is a problem, it is not a full version. Now, I can rant on about how much bug and lag contains in this preview, but there is no point, because it is a preview. So, let’s look at the things that will always bug you even when the full update came.
Now, obviously Cortana and Bing still have quite a lot of work to do. I mean, it is quite annoying when Cortana can’t find a Starbucks store behind my back, but the one in the half a mile away (if Cortana wants me to work out, she would’ve said so, right?). Or the fact that the customization of the phone is still not quite the best. Battery life, even with Battery Saver, still does not improve my battery life. A lot of major apps still unable to work with Cortana. What about notification, or Action Center, there is no reason why I cannot remove single category. And while we are talking about notification, it would be nice if I can interact with it, at least the phone’s native apps like messaging app. Of course, there is always the apps problem. Although the WIndows Store has more than double its amount of apps, but still not enough, also, Google apps.
And that is just a surface(?!) of what Microsoft can do, but that is not the only thing they have to do. Once again, catching up is not the way to improve the platform, they need to  have something stand out, and it needs a reason for people to want to switch, and to “be brave” to be different is not enough, especially when they are competing in the market that consumers are very conservatives of their choice, Microsoft really needs a reason for users to switch, and I cannot emphasize strongly enough that gimmick features like 3D “Dynamic Perspective” thing from Amazon is not the way.
Also, let’s not mention about the exclusive problems. Look at the Lumia 920, 1020, 1520 or the Icon. Are they doing horribly? Well, not really, but are they really selling, only 920 did well when it came out, 1020 is nowhere on the map of the top seller in the Windows Phone graph last year. The Icon is doing decent, but not well, I rarely, if not never, see a 1520 around the neighborhood. So why is the exclusive thing still a “thing?” Let’s hope that Microsoft, as the new owner of Nokia, will stop all of these exclusive madness!

On the bright side…

On the bright side, Microsoft somewhat works on its shortcomings. Microsoft’s Cortana group has planned to update Cortana at least twice per month and still working to improve it. Since its inception, we have seen Windows Phone influenced its flat, simplistic UI to all the other platform. The “Material Design” has a lot of influences from Windows Phone, things like The new UI is flatter looking and has all new geometric on-screen buttons, or app developers will be able to get a hold on the new UI across devices, which is comparable to Microsoft’s Universal Apps initiative. Talk about UI across devices, although the Unification of Windows platform across devices is not the first time ever any company has done, but it is the company that has started it since Windows 8 and Windows Phone 8 launches.  To be clear, deliver features is not copying, but rather bringing the feature that the OS would’ve had, and now bringing it to the users.
Let’s touch on updates, since iOS 8 and Android L is not released until the fall, while Windows Phone 8 will be landing in the summer, there is still a lot of times to update. I mean, there are still GDR 1, 2 and 3, right? And they should become more important, brings more features rather than just bug fix.
So, bottom line, they still can rally, but they have to try. Do it or die in the competition.