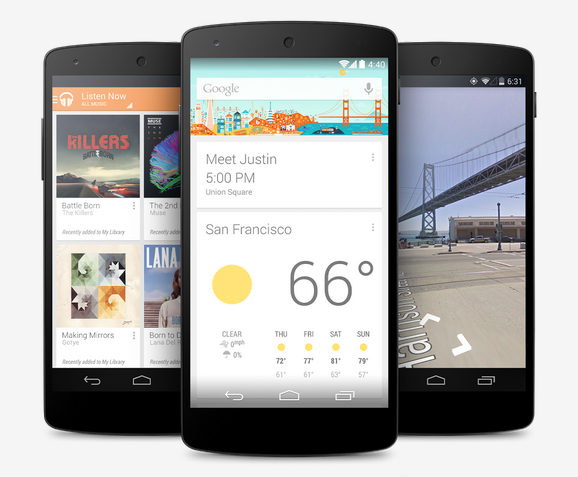 For the past few months, we’ve heard some abnormal rumors about the fate of the Nexus line up despite leak of the next Nexus tablet. After all, the potential of Google Play edition takes over and Android Silver rises up as a potential replacement are all possible. So, while neither of Android Silver or Nexus topics popped up at Google I/O, the AndroidOne project could be seen as the future of these rumors. But as Google Engineering Director, David Burke, the rumors is quite premature, and we are over-react to an unknown situation.

Even though David Burk did not comment straight to the Android Silver rumors, he emphasized about the development of Nexus devices is linked to Google’s preparation for Android releases. Burk says that “people have been commenting about Nexus because there is something else and they think that means the end of the Nexus. That is the totally wrong conclusion to make.”

However, he didn’t reveal any plan of renewing the Nexus model, either about the Nexus 6 or Nexus 8 (or 9) tablet. Instead, he assures that the company is “still invested in Nexus,” meaning that there are future Nexus devices.

What about Android Silver? As the source claims, maybe it’s nothing, maybe it could exist alongside the Nexus line, or replace the Google Play editions, we don’t know for sure. But what we do know for now is that even if the Silver models come out, Nexus is not going anywhere, period.