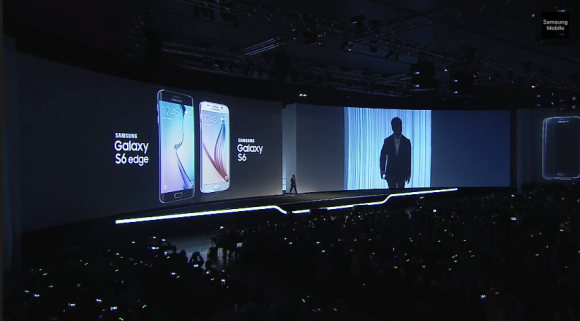 Well, overusing a brand name is Samsung territory. Last year alone, there were a total of 12 iterations from the Galaxy S5. It’s a new year, and the cycle has started again. Back in April, Samsung began the years with two Galaxy S6 variants. Rumors of a Galaxy S6 Active and Mini have already overflown on the net. But that is not all, get ready to extend your list, as a new rumors about a certain project with the code name Project Zero 2 is supposedly the newest iteration of the Galaxy S6, the Galaxy S6 Plus.

If you don’t remember, Project Zero itself was originated from the Galaxy S6 and S6 Edge, where the company decided to redesign everything from top to bottom. A report out of HTBlog indicates that the Project Zero 2 is the codename for the Samsung Galaxy S6 Plus. Allegedly, it will be a bigger variants of the S6 (and even larger than the Notes). The source also believes that this device will feature the double-edged design from the S6 Edge. This has led many to believe the new device will be the predecessor of the Note Edge from last year IFA. More interestingly, the device is, reportedly, coming in just a few weeks.

The new Galaxy S6 Plus is no way, any attempt to undermined the already familiar Note line. The Project Noble (Note 5’s code name) is still being announced at IFA 2015 in Berlin. But let’s test out this S6 Plus in the meantime.

[…] Plus emerged. Just yesterday, there were some rumors that Samsung is ready for this handset to be announced in just a few weeks. Well, we’ve just got some of the first pictures of the phone itself, from no other than […]